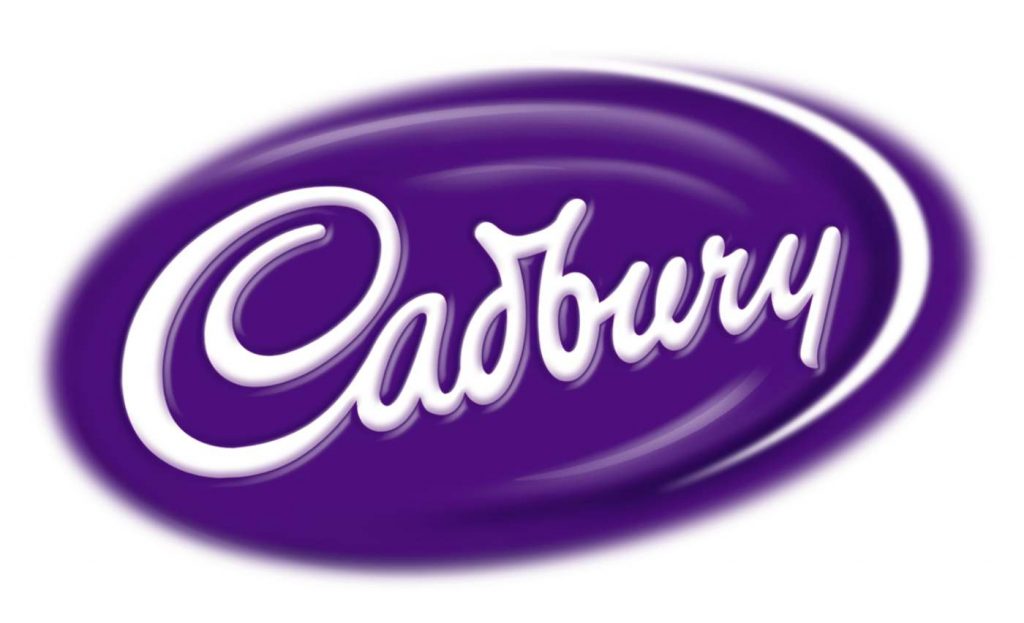 Once sale became inevitable, the family sought to steer the firm into safe hands. They sold to Cadbury, sharing the profits generously with employees past and present.

Few family firms survive the passing of their founders. Fewer still outlive the second generation. Yet Trebor survived, and thrived, with its third generation. But as the 1980s came to a close, it became harder for a private business, even a strong one, to match the might of global competitors.

It’s no easy matter for a family firm to decide to sell.

In June 1988 Nestlé bought Rowntree for £2.5 billion. This great British Quaker firm – the fourth largest chocolate-maker in the world after Cadbury, Mars and Hershey – was swallowed by the Swiss giant, the world’s largest food company. There was outrage over the sale of a major, healthy British firm to a foreign buyer, an event then unusual in Britain, but Thatcher’s government was happy to open the door, letting the sharp wind of short-term capitalism blow away the less easily realisable benefits of established, indigenous industry.

The confectionery industry continued to convulse through the late 1980s. Bassett was struggling and open to bids. Though smaller than Trebor, the northern-based Bassett was a significant player within sugar confectionery. In the mid 1980s the Swedish firm Procordia made a bid for Bassett, but Bassett chose instead to approach Trebor. The fit looked strong – together they could dominate sugar confectionery and challenge the might of the chocolate giants. But for various reasons, including the potential difficulty of borrowing enough money, Trebor decided not to bid.

Instead, Ian Marks suggested to Cadbury Schweppes that it buy Bassett. This other great Quaker chocolate-maker was upset not to have got its own hands on Rowntree, so creating a world-beating British chocolate giant. It was also fighting off an opportunistic attack by the US firm General Cinema, which had amassed nearly a fifth of its shares. Cadbury Schweppes needed to grow and build its independence. One obvious route lay through expanding into sugar.

Cadbury Schweppes had long wanted more share of sugar sweets, partly for growth and partly to gain greater control of retail display during the summer when chocolate sales dropped and the powerful supermarkets shifted from chocolate to sugar sweets and chewing gum. Having failed to launch several sugar products such as Trillions and Tops, it realised the best path was to buy existing competitive brands. It started with northern manufacturer Lion Confectionery in 1988, then it bought Bassett Foods the next year. Now Jelly Babies and Liquorice Allsorts were within the Cadbury fold.

Cadbury Schweppes did make an offer, but Trebor’s group structure required a process of public bidding. Lawyer Charles Woodhouse started organising the sale in March 1989, instructing Arthur Andersen to create the necessary documents for bidders. There were plenty of suitors, from the German-Swiss confectioner Jacobs Suchard to the US tobacco giant Philip Morris. (Interestingly, Philip Morris had bought Kraft Foods the previous year and in 1989 acquired Suchard). Yet most people considered Cadbury Schweppes the chief contender. Trebor’s finance director David Kappler still had many contacts within Cadbury from his years working for the firm.

A public offer duly came from the headquarters in Bournville. While the offer was not high enough, Trebor knew that the Moffat wholesale operation would have to be divested before the firm could be sold. An attempted management buy-out did not work, even on generous terms offered by the family, so Moffat went to rival wholesalers Palmer & Harvey.

Trebor was sold to Cadbury Schweppes for £146 million. £26 million paid off debts. Of the remaining £120 million (before tax), £99 million went to shareholders, who were mainly family, and £21 million went to past and present employees via the Orchid Fund.Cadbury Schweppes merged its newly acquired sugar confectionery operations to form Trebor Bassett Ltd which it sought to operate separately from its main chocolate business.

One of the more unusual aspects of the firm’s sale was the generosity of the family to its employees past and present.

Of the £120 million realised after debts were paid, but before tax, the Marks family decided to allocate £21 million to staff.  As John Marks explains, ‘Our father Sydney was absolutely committed to staff sharing in any profits we made. So of course they should share in our profits at selling the company.’

Clifford Broom had the task of allocating what was known as the Orchid Fund. He assessed what each employee should receive, depending on their position and length of service. A shopfloor worker with five years service got a bonus of 50% of their annual salary; this rose to 100% for 25 years service. Even someone who had only spent one year with Trebor received a 25% bonus. Orchid also included many people who had already left the firm, who received a hike in their pension, plus a lump sum to backdate this to their retirement. The letters arrived a few days before Christmas.

£3 million went to staff overseas, with unexpected payments arriving through letterboxes as far afield as Lagos, Jakarta, Sydney and Johannesburg.

Niall Christie, manager at Colchester factory, remembers the afternoon when the announcement was made. ‘People on the shop floor were invited into the office by the manager and told what they were going to receive. Someone who had been there only ten months got a thousand quid, a huge sum in those days. Those who’d worked longer got much more. Everyone sat around speechless. It was beyond their wildest dreams. They were thinking, this’ll pay for a holiday, buy a car, pay off the mortgage, settle my debts. They thought Christmas had come ten times over. It was a wonderful, wonderful afternoon. We didn’t get a lot of work done, but I’ll never forget it. I wasn’t surprised the family did it, but I was surprised at the scale of what they gave.’

In the Trebor Archive, there’s a thick file of thankyou letters from gobsmacked pensioners. George Woollard of Forest Gate was delighted with the ‘unexpected but very much appreciated gift.’ During 32 years as a factory engineer, ‘the work was hard and the hours long, but I was always made to feel part of the company rather than just a clock number.’ He’d intended to put his gift into savings, but ‘to hell with it, I’m 69 and probably haven’t got all that much time to go, so I’ve booked a holiday in Spain for my wife and I.’

Ida White of Maidstone said, ‘when I received the monthly pension slip, I thought there had been a mistake,’ while Dorothy Hawkins in Chesterfield was delighted her monthly pension was rising to £30.58.

The Marks family has since maintained the generosity it showed with Orchid. In their low key way, the descendants of Sydney Marks have practised wide and thoughtful philanthropy. They continue to do so.

What happened to Extra Strong Mints, Softmints and the other Trebor brands after the shift in ownership to Cadbury?

During the 1990s Cadbury kept the new sugar business separate from its main chocolate firm. This was mainly for marketing reasons: if merged straightaway, then the Cadbury salesforce were likely to focus on the chocolate best sellers and treat sugar products as second class citizens. Moreover, Cadbury planned to increase prices and profitability. For example, Trebor Extra Strong Mints sold for 20p per roll at the time of the sale; within three years that price nearly doubled. Having acquired all these brands, some competing with each other, Cadbury also needed to identify the strongest brand in each line and close or sell the weaker ones. Moreover, a corporation the size of Cadbury had less patience with smaller product lines; they were simply not worth the marketing cost. Hence, this first decade saw the Cadbury sugar division become leaner and more profitable. By 2000 it was ready to merge with the chocolate division under the banner Cadbury Trebor Bassett.

For that first decade following the sale, production continued in the main factories. Then in January 1999 Cadbury announced the closure of two plants over the next eighteen months: 300 jobs were to go at Maidstone, ending 119 years of sweet manufacture by the river there; this was a surprise as Cadbury had invested heavily in Maidstone during the mid 1990s to boost production of Softmints. Colchester, though a far more modern facility, was also due for the chop, along with 202 jobs. Production was to head north, some to Chesterfield, but most to Sheffield, Pontefract and York. The technical centre at Maidstone moved to Sheffield.

Then in 2003 the last remaining Trebor factory, at Chesterfield, was earmarked for closure. Cadbury announced that consumers no longer wanted the Black Jacks and Fruit Salads made there. 245 workers would lose their jobs. Admittedly, the Chesterfield plant was an ageing facility. But, just as at Maidstone and Colchester, the closure was a significant blow to the local population. By this point, fourteen years after the sale, Cadbury had closed every Trebor factory it had acquired.

Looking back, Trebor was an extremely successful business. From the hundreds, maybe thousands, of tiny enterprises boiling sugar at the start of the twentieth century, this East End partnership pulled ahead of the rest to become the nation’s largest sugar confectioner. Its name sat happily in generations of memory banks. It delighted kids and grown ups with novel, delicious treats. It provided reliable employment for many families of workers. It built factories in countries more used to being exploited for their resources. It was acclaimed for export within a country famous for trading. It pioneered more humane ways of organising work. And when the company passed on, it did so with dignity.

Buy the book to learn about the creation of Trebor Bassett, the launch of a new Trebor chewing gum – and the politically controversial sale of Cadbury to Kraft Foods.