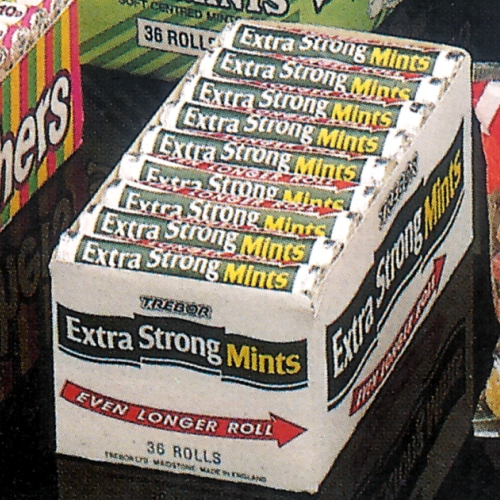 Tough at the top

With Extra Strong Mints racing out of the new factory at Colchester, Trebor now sold over half the mints bought in Britain. But such success raised the stakes. By the late 1980s it was harder than ever for a private family business to compete with global competitors.

By 1981 Trebor was the UK’s leading maker of children’s sugar confectionery, selling 2.5m sweets each day. But the market was shrinking. So Trebor shifted focus towards adult sweets, particularly mints such as Extra Strong Mints, Softmints and Imperials. While it now cost half a million pounds to install production for a new line, the advertising and promotion of that line cost two million pounds or more. Hence the reduction in lines and the growing power of marketing teams

The new Colchester factory won awards for its state-of-the-art production and management. Sheffield University reported the plant scored higher for job satisfaction and commitment to the company than ever recorded in British industry. Meanwhile Trebor went through major change with the closure of the factories at Woodford and Forest Gate and, in 1980, the death of Sydney Marks – the firm’s greatest driver and visionary.

1980 was a hard year for sweetmakers. The market was shrinking, thanks to competition from chocolate and crisps, a near doubling of VAT to 15% and a drop in the population of children. It didn’t help that the UK was emerging from recession and the strong pound was playing havoc with exports. Trebor fared slightly better than its rivals, avoiding redundancies and three day weeks – and even achieving a 6% increase in sales to £135 million. In 1981 sales rose by 13% to £153 million. Trebor was now the UK’s leading manufacturer of children’s sugar confectionery, selling 2.5 million items every day.

But it was the largest slice of a shrinking cake. Sweet consumption continued to decline in 1981. Margins tightened and there was a risk the new capacity at Colchester might be superfluous. The directors realised they must gain yet more share, so the firm put more marketing effort into brands such as Extra Strong Mints, Trebor Mints, Bonbons, Mint Imperials and the new Coolmints and Softmints lines. The sales divisions continued to configure themselves around the growing power of supermarkets. So did Moffat, the firm’s wholesaler of Trebor and non-Trebor products. Some 164,000 retail outlets needed servicing, so the sales teams were busy. Overseas the firm now sold over £20 million of sweets a year, both through exports and its foreign manufacturing companies. By 1982 the firm sold over half of all the mints sold in Britain. The marketing was working.

Four years in the making, the new Colchester plant was Trebor’s first chance to create a factory from scratch, employing its best ideas for making sweets and improving conditions for staff.

On 26th June 1981 the Employment Minister Jim Prior came to open the new factory at Colchester. Production had already started on Trebor Mints and Refreshers, so the VIPs could see the new work practices in action. With no clocking in, no charge hands, one communal entrance and a restaurant shared by management and workers alike, this was a very different environment from that practised across most of Britain at the time.

Colchester reflected a strand of thinking that had long run through the firm, but been championed most energetically by John Marks during the 1970s – how to promote individuality and quality of life at work through greater participation and better industrial relations. The new facility aimed to be single status: management and staff shared a restaurant and car park, worked the same hours and received the same sick leave.

As Ian Marks said at the launch, ‘We see the necessity to adapt to the changing needs of society, so we are trying to develop a management structure – and an environment – within the company which will enable it to cope effectively with change; an environment of mutual trust and respect.’ Arthur Chapman, the director of corporate development, explained the brief given to architects: ‘Rather than an inhuman hangar concept, we wanted separate product ‘houses’ with which relatively small groups of people could identify. These are arranged around a central amenity area and energy centre and connected by a street.’

Staff were encouraged to take more responsibility, with operators trained to undertake basic maintenance on their machines. Each work group monitored its production and drew up its own work schedules; it also organised sending finished stock to the warehouse, maintained quality standards and trained new recruits. Rather than layers of line managers, there was only one product house manager on each production line, with teams left to solve as many problems as they could.

Colchester went on to win two prestigious awards in 1983: the Premier Award from the Business and Industry Panel for the Environment and the Gold Award of the Royal Institute of British Architects. While the latter recognised the quality of building design, the former award also reflected the innovative approach to working conditions. There was even a model of the new factory on display at the Royal Academy’s Summer Exhibition in 1981.

Progress comes at a price.

As the firm’s new factory at Colchester started production, two of its longest standing plants came to close. Woodford, opened in 1949, helped drive post-war expansion, while Forest Gate was the firm’s first home and produced sweets continuously for 76 years. Each was an important local employer, with some families sending several generations of worker to the same works. These closures were a great loss to their communities.

In 1985 Trebor made one last major acquisition. As with Clarnico, it chose a well established name in confectionery, based in East London with a long history as a family business. Maynards was founded in 1896 by Charles and Tom Maynard, whose family had already been making sweets in their kitchen for several decades. In 1909 they launched their wine gums, which remain to this day an iconic brand of confectionery. Indeed, it was this strength in gums and jellies – especially the Original Wine Gum and the American Hard Gum – which attracted Trebor.

For £8 million the group acquired a sizeable facility in Tottenham, northeast London, with 450 people working in the Maynards factory, offices and warehouse. Along with the wine gums were a range of sweets for adults and children, including gums, pastilles and jellies, hard and soft sugar-coated lines and chocolate and coated bars. Trebor could now compete strongly in the pastille, gums and jellies sector, a traditional strength of its main rival Rowntree. Most importantly, Trebor was now the clear leader in sugar confectionery within the UK. 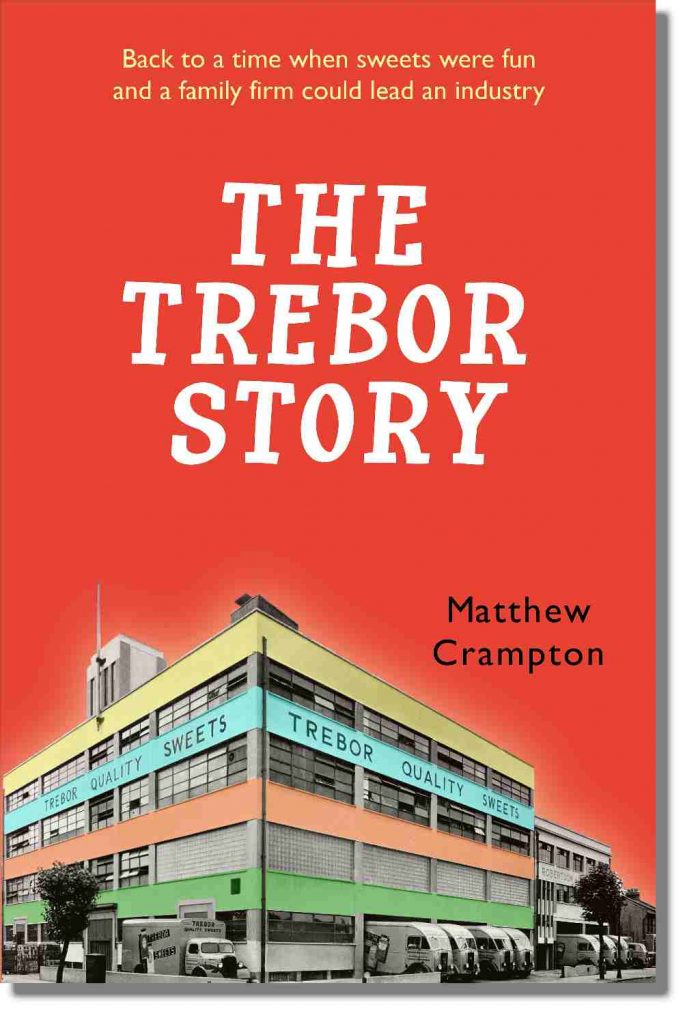 Buy the book to find out more about Colchester factory’s revolutionary organisation, a glimpse of the complexity of distributing product nationwide – and how sweets were made in the 80s.